By Jana Daniell23 Sep 21October 19th, 2021No Comments
Major General Shaun Burley CB MBE, Director Army Sport Control Board, was able to award the DASCB Coin to WO1 Dave Sanby for his services to Army Golf. 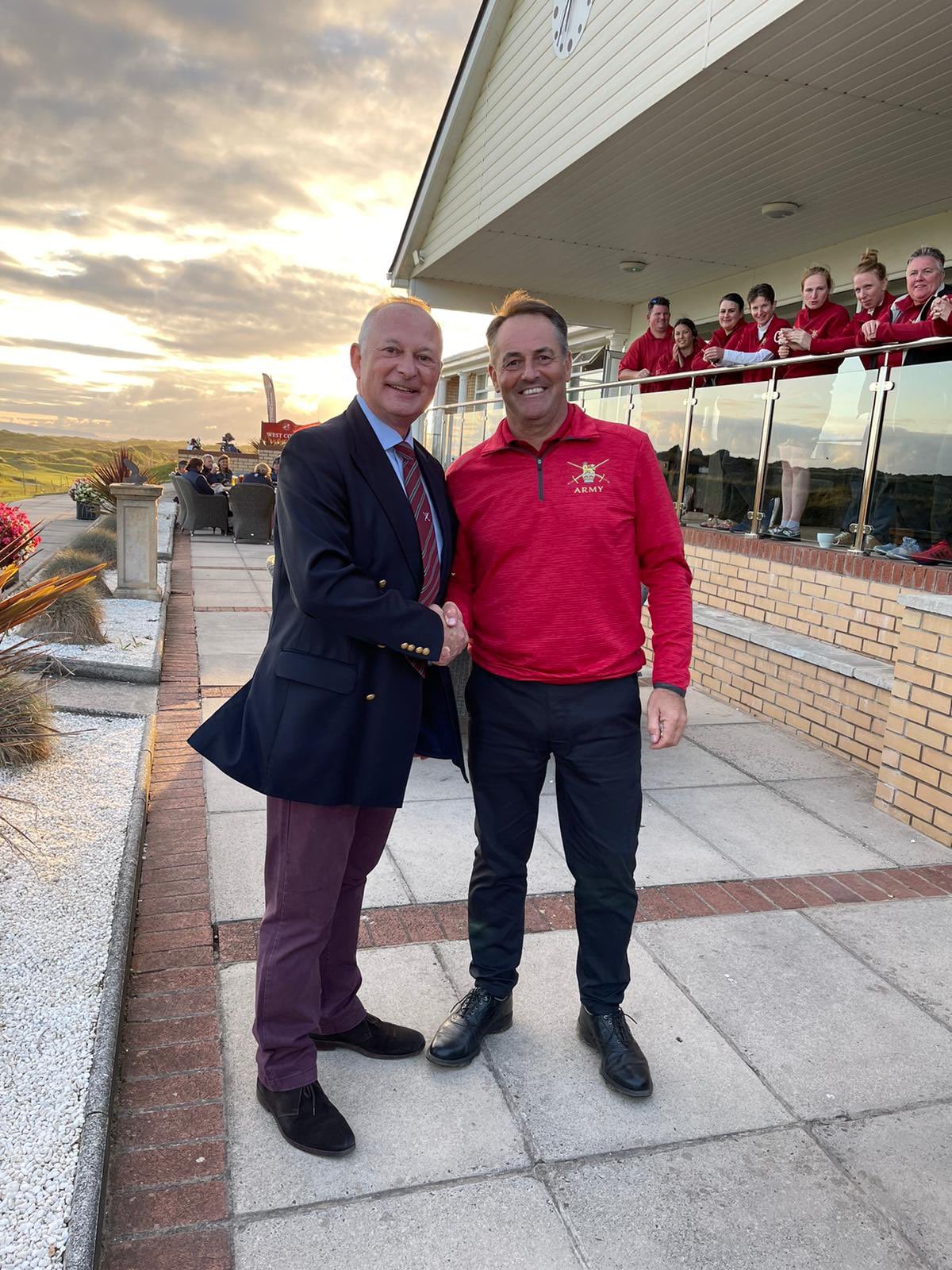 WO1 Dave Sanby joined the Army in 1986 and was quickly identified as a talent in the sport; first representing the Army in the Inter-Service Championship in 1989. He has shown incredible commitment to the Army sport throughout his 35 years of service, as a player and more recently as the men’s golf team manager.
An outstanding sportsman in his own right, he has won every major individual Army golf competition, including the Army Championship twice. That said, his biggest passion is representing the Army as part of a team. The Army’s golf team performs at a very high level of amateur golf, it is an outstanding achievement that WO1 Sanby has been able to perform at this level for over 30 years.
In 2016 he volunteered to become the men’s golf team manager. One of his first actions in this appointment was to secure an engagement with PING Europe, a world-leading golf equipment manufacturer. The relationship he established has led to the men’s and women’s golf teams receiving premium branded clothing and equipment each season for the Inter-Service Championships. As a result of his relationship PING have extended their offer to the other services. None of this would have been possible without WO1 Sanby and his commitment beyond just being a team member has vastly enhanced the prestige of their sport.
As team manager, he has also been central to identifying and developing young golfing talent within the Army. He is able to use his experience as a senior soldier and sportsman to help young soldiers that wish to be involved in sport at the service level.
WO1 Sanby’s achievements in golf over so many years fulfill all the nomination criteria for a DASCB coin and it was a pleasure to present that to him at the Inter Services Championship at Saunton GC on 23 Sep 21.

This is not an official MOD/Army website. This site was developed by the Army Golf Association without the use of public funds, and does not represent the views or policies of the MOD. The MOD/Army neither provides control, direction, nor any resources or funding for the site.